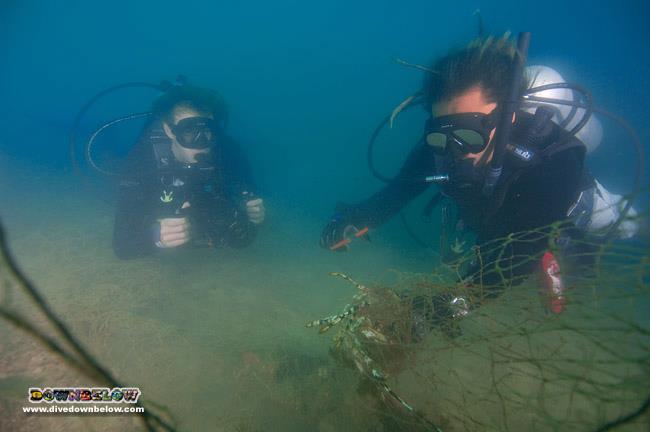 Following the discovery of a particularly large, gill net, the team reported it and obtained authorisation for its removal from the relevant park authorities.

The team was assembled from Downbelow’s professional staff team, as well as the Pro interns currently on the island.

Resident PADI Course Director Richard Swann did a thorough briefing and communicated his plan of attack before the squad set off for the site of the net.

Once on the site, the team swiftly, but carefully worked to untangle the net from the reef, free the live, trapped marine critters and bring the net to the surface.

Richard reported that it was a hard, but successful mission, more images of which can be found in the albums on our Conservation Page.

Our net removal projects are all internally funded is fueled by our 100% commitment to Project AWARE and marine conservation.