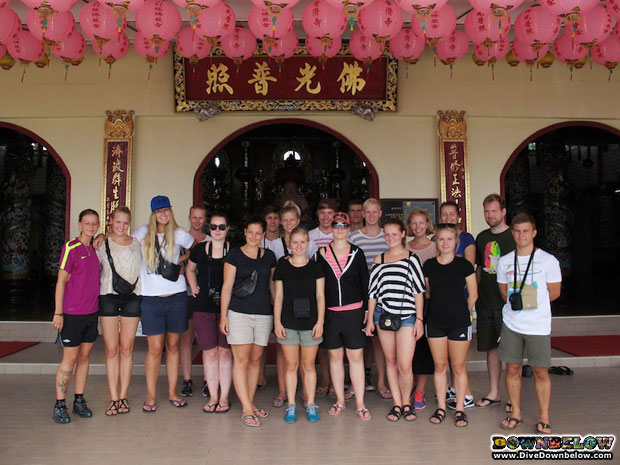 Last week, before our European Adventurers started their Wildlife Safari in Sandakan they experienced the city tour and among the places that they visited was the Puu Jih Shih Temple located on a 100-metre high hill and also the War Memorial.

Sandakan is the second-largest city in Sabah after Kota Kinabalu and is a historical city, it served as the capital for the British North Borneo during the British colonial times.

In the photo above our intrepid adventurers posing front of the Puu Jih Shih temple.