One Island One Resort

Lankayan Island, in the Sulu Sea about 80km off the north-east coast of Sabah, Borneo, take eco tourism to another level. 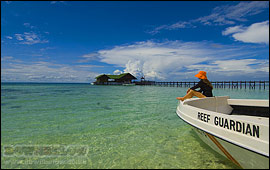 The resort boasts 19 luxury, detached chalets, each on the beach with balconies over looking the ocean, an open-air, buffet-style restaurant, dive station and a turtle hatchery and conservation centre.

The resort oozes peace and tranquillity. 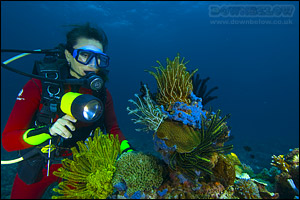 Lankayan is one of three islands that form the Sugud Island Marine Conservation Area (SIMCA).

Billean and Tagaipil Island as well as surrounding ocean of approximately 46,713 ha. are also within this protected region managed by Reef Guardian Sdn. Bhd.

SIMCA was established in December 2001 when the Sabah State Government declared the region be protected under IUCN (The World Conservation Union) Category II.

For a more detailed explanation on these four areas please visit the Reef Guardian website.

To help fund SIMCA visitors to the island are asked to pay a RM25 per person per day conservation fee – a small price to pay for such excellent work. 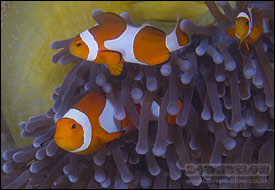 The work of Reef Guardian can be clearly observed without having to put your head underwater.

There are many dive sites within the park, all within 2 – 15 minute speedboat ride from the resort. Most are submerged reefs starting at approx 7m – 11m and sloping to 24m to the sandy sea bottom floor.

Once submerged the diver feels he has re-visited yesteryear! 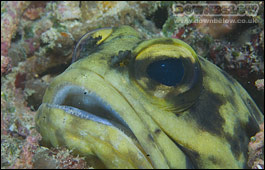 Slightly rarer, but present, are Guitar sharks and seasonally, from April through May, occasional whalesharks are spotted as they pass through the reefs on their constant migration pattern.

For the macro lover this is a paradise found! Nudibranchs are plentiful, crustaceans including Boxer, Squat and Saw-blade shrimps, lobsters and various crabs, cuttlefish, octopus, frogfish, pipefish and the somewhat rarer Giant jawfish and seahorses. 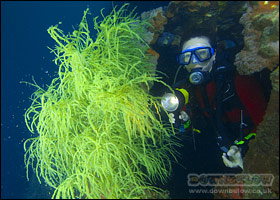 Suffice to say that the area is rich in biodiversity. Couple this with small dive groups and no other resort sharing the dive sites, and you get diving enthusiast who will not be disappointed.

Note however that due to the areas proximity to large river run-off from the mainland, visibility can be quite limited during times of heavy rain. It usually averages 10m – 15m, but can be as low as 4m, with occasional 30m days. It’s quite hard to accurately predict the conditions.

Lankayan boasts a few good wreck dives. The Lankayan Wreck, for instance, is about 3 minutes from the dive station on consists of 2 boats lying side by side 15m – 25m down. Its an easy dive and will suit all levels of diver. Swim throughs are possible for those experienced in overhead environments.

One of the two boats was an illegal fishing vessel from Hong Kong whose cargo was confiscated. The boat purposefully sunk; great retribution as it’s now home to giant grouper, the occasional turtle, jacks and giant trevally. Its a great dive and adds variety for the diver.

Finally, worthy a mention is Pegaso Reef. Visibility here is better than other sites and hit 20m in places. Colour and sheer numbers of fish life made us all stare in awe as we floated by. Deeper along the reef we saw tens of Spotted Sting Rays, a huge Marble Ray, Black Tip Reef Sharks and a Leopard Shark.

On the top reef six Broadclub Cuttlefish gathered for mating and large Peacock Mantis Shrimps scuttled between coral blocks and harems of Anthias were kept in check by their dominant male. 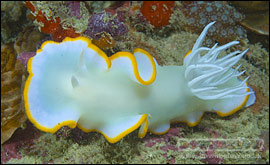 If you’re looking to unwind and relax, Lankayan offers a far away from it all experience.

However, if you enjoy a little exercise – snorkeling and sea kayaking are available and an early morning run around the island is a option, breath-taking for reasons more than just that of exercise.

The resort provides satellite TV room and there is plenty of environmental information to research within the conservation centre. 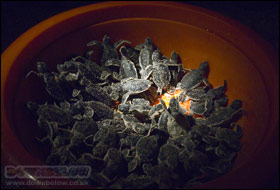 Lankayan Island is a nesting site for both Green (Chelonia mydas) and Hawksbill (Eretmochelys imbricata) turtles, and the island appears to be an important foraging area for these two species.

Reef Guardian personnel patrol the beaches at night and protect any laying turtles from human disturbance. When eggs are laid the nests are removed and bought to the hatchery for incubation.

Hatchlings are released immediately into the sea and guests can put their name on a board to be woken should this event happen during their stay. 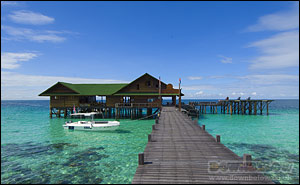 All resort water is shipped from the mainland, all refuse separated, recycled and disposed of correctly on the mainland and a Hydroponics Treatment System purifies sewage and wastewater for recycling and to feed the islands plant nursery.

Running a truly Eco Friendly resort is not cheap and the forward thinking efforts of owner Ken Chong, management and staff should be highly commended.

We, as part of the dive community, should support their conservation and environmental contributions by visiting their establishments. They give us hope that the coral reefs and diving industry have a future on this planet.

Please contact us for a quotation.All Sipadan- Kapalai Dive Resort & Lankayan Island Resort bookings are protected under our PRICE PROMISE, which means that if you can provide us with a bona-fide quotation from elsewhere we will beat that quote by a further 2%!

Also, save $$$ by booking Two Centre Packages – visit both resorts or combine a resort with 2 days on Gaya Island and receive additional discounts.

Lankayan Showcase Images
You could be here!