Reef Rescuers to air this week on Astro

Reef Rescuers to air this week on Astro 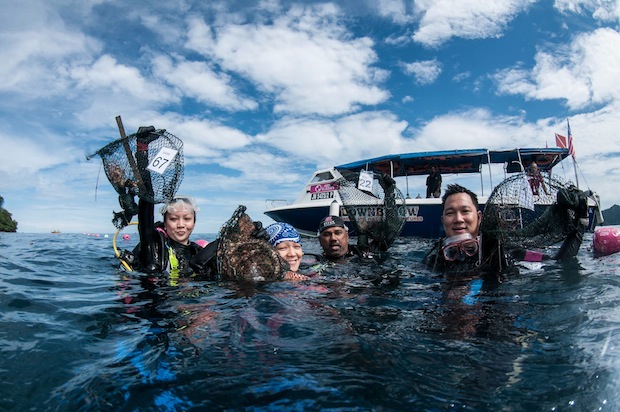 In April 2013, Astro organized and succeeded in its attempt to make it into the Guinness Book of World Records for the longest underwater cleanup which was held in Tunku Abdul Rahman Park, Borneo.

We were thrilled to be asked to be part of this event and the image above shows one of our dive boats in action.

The resulting TV program from this project is a documentary titled Reef Rescuers and will be shown on Astro’s Discovery Channel (channel 551) & Discovery HD World (channel 571) on 30th May at 7pm Malaysian time.

Downbelow was proud to be involved in this project which also saw the participation of more than a hundred divers coming from all over the world.

At the end of the 7 night-and-day program, more than 3 tons of garbage was collected which highlight the problem of garbage within the waters of the protected marine park.

We hope through this program, more awareness can be raised on the worldwide problem of trash and how all of us can change our lifestyle to combat it.