Bird Nest Harvesting has made the caves world famous and protected 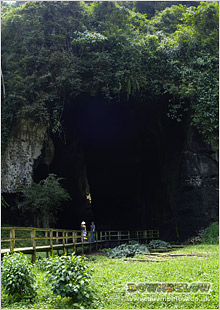 The Gomantong Caves, on the norther eastern side of Borneo, are world famous for the incredibly valuable bird nests of thousands of cave swiflets that live in this limestome cave system.

This edible bird nest, crafted by the birds from their saliva, are the most expensive animal products consumed by humans. It has been used in Chinese cooking for centuries, most commonly as Bird’s Nest Soup.

For the protection of the caves as much as for the native people who have traditionally harvested these nests, the 9 caves of Gomontong fall within a forest reserve. Many other endangered species, including orang utan and Probocis monkeys, also enjoy the protection, which the reserve affords them.

Many exotic birds, like the Asian Paradise Flycatcher, can be spotted on the walk to the Gomantong Caves.

But for the natives the most interesting bird of all is the cave swiftlet that lives here by the thousands and builds primarily 2 types of nests, commonly referred to as white nests and black nests. 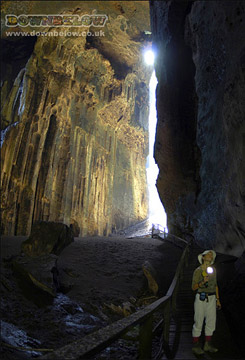 Both types are edible and are used in the traditional Chinese Bird’s Nest Soup. White nests are less labour intensive to prepare for use as they consist of almost entirely just bird saliva.

The black nests on the other hand, have feathers, twigs and dirt attached to it, so it requires a little more processing before it’s ready for human consumption.

It is said that Bird’s Nest Soup has been on the Chinese menu for some 400 years. In fact, some evidence suggests that it dates back as much as 1,000 years.

Needles to say, the tradition of nest collecting is an ancient one, passed down from generation to generation of fearless, daring and acrobatic bird nest collectors.

Nutritional fact or legend aside, gram for gram the bird nests are still one of the most expensive food items in the world and it should then come as little surprise that only one cave, Simud Hitam, is open to the public. 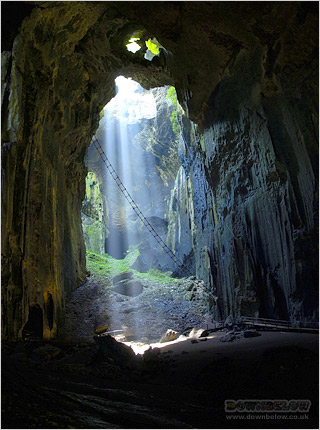 The ladders seemingly defy the laws of physics tower over the cave floor as high as 90m and reaching up all the way to the cave’s roof from where the nests are collected.

It is said that that the harvesting process is strictly controlled by the Wildlife Department to ensure the sustainability of this lucrative activity.

During these periods workers live in the wooden huts close to and inside the cave itself.

Outside of harvesting season groups of men that rotate every 10 days, stay near the cave.

In so doing they are able to guard the caves and its precious resource.

We have many different programs incorporating a trip to the caves along with Kinabatangan River.

What to Expect at the Gomantong Caves

Entering the cave is not for the squeamish or feint hearted as inside the cave the floor is covered with bat guano (and it will smell as such) The cave floor is alive as beetles, cockroaches, centipedes and scorpions feed on dead swiftlets that fall from the nests above – some may say it is interesting, awful yet unique but definitely an unforgettable experience!

Fortunately, a wooden walkway runs along the sides of the cave to keep visitors safely above the estimated 10 feet of guano deposited by millions of bats and resident little critters, and the tourists who come to admire them in their home, are kept safe and apart.

Wear closed shoes with a good grip rather than basic sandals. The walkways become slippery with guano. Please also do wear a hat as millions of resident bats that live on the ceiling of the cave deposit guano everyday on the floor whist you are traversing beneath!

Meet the Wildman of Borneo! >>>